The team, which had to deal with flooding and the effects of Hurricane Irma last week, rallied to be ready for the race weekend, which marked the penultimate race of the 2017 IMSA WeatherTech SportsCar Championship season.

The victory is the third at the track for the team having won in 2012 and 2015 in a Daytona Prototype, and marks the third consecutive podium result at the 2.238-mile circuit for VISIT FLORIDA Racing. It was also the second podium of the season for the team, which opened the year with a run to third place in the Rolex 24 At Daytona. 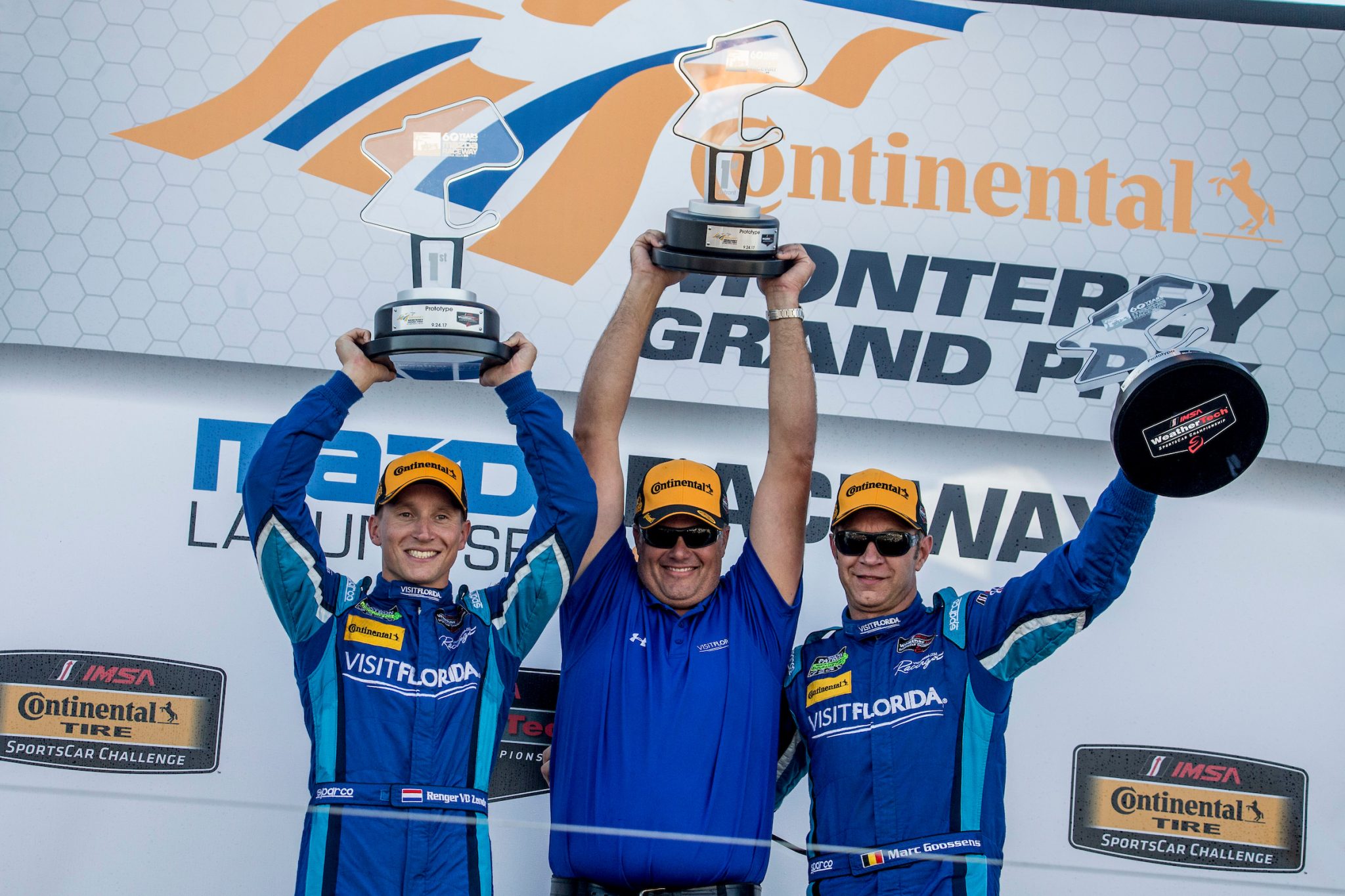 Goossens opened up the 2 hour and 40 minute race from third on the grid and kept the No. 90 VISIT FLORIDA Racing Ligier JS P217 at the sharp end of the field. He worked his way up to the race lead prior to pitting at the 44 minute mark for a full service pit stop and a driver change.

After a flawless pit stop, van der Zande returned to the track fourth in the order. He showed speed as he began catching the top-three cars. At the half-way point of the race, the team called van der Zande to pit lane for fuel and tires.

Clicking off faster times than the leading No. 31 DPi, van der Zande closed the gap with each lap. With minutes left, van der Zande made an incredible pass through the iconic Corkscrew corner that features a 180 foot elevation drop to take the race lead. He never looked back for the final three laps and delivered VISIT FLORIDA Racing its first victory of the 2017 season. 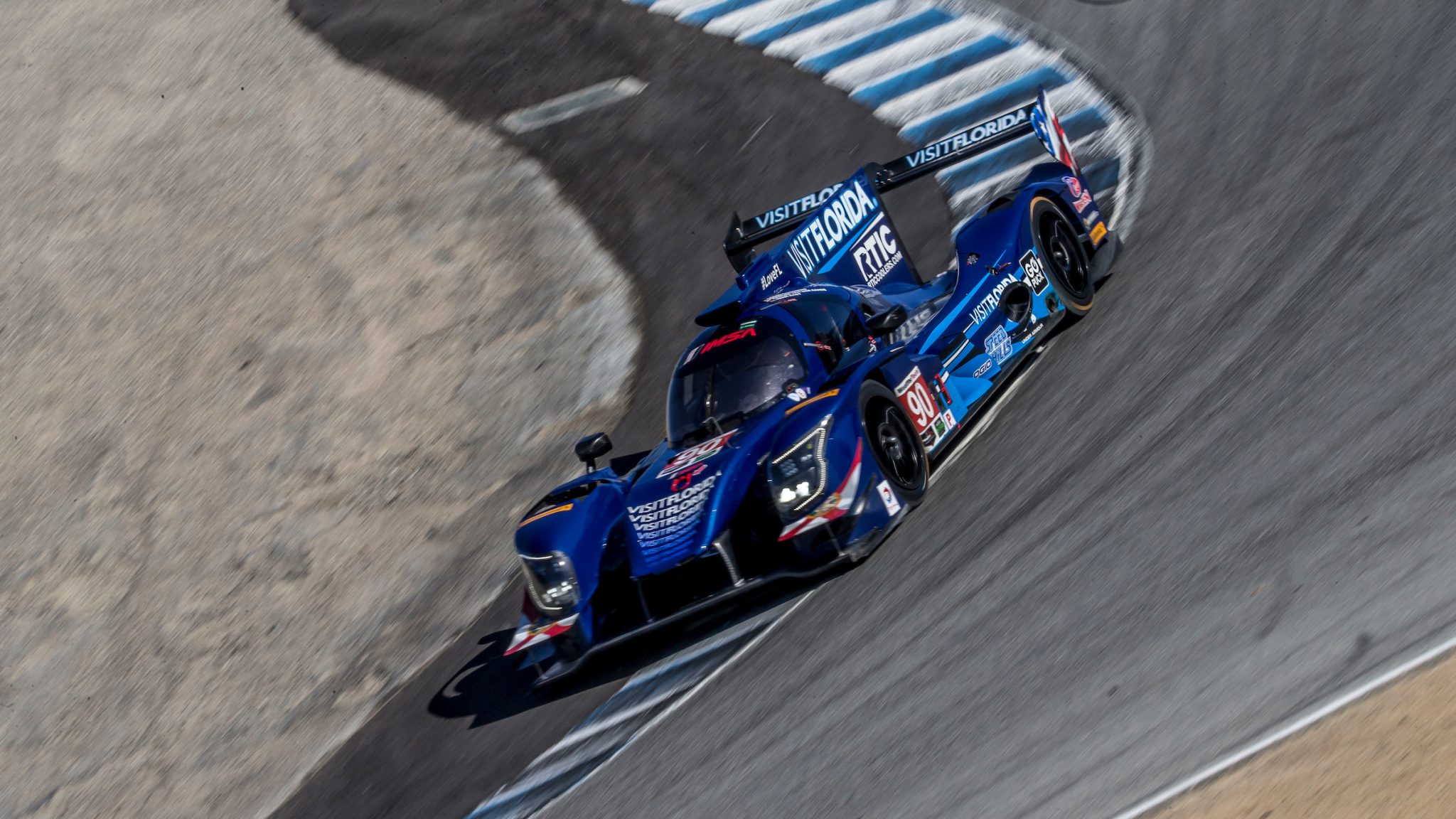 “After Road America we knew we were right up to pace,” said van der Zande. “We only put on two tires at the last stop and then it was just holding onto the tires. Even with two tires compared to the others with four new tires – I was able to stay close to them. I’m just super happy for the whole team. For Marc (Goossens) we’ve been working hard to get this. That pass – that was a lot of fun!”

“What a move!” enthused Goossens following the race. “That’s what it takes to win and Renger (van der Zande) just did it. It was a great job!”

After scurrying to have the car ready for the Mazda Raceway Laguna Seca round following the flooding at the team’s shop last week, the victory is a special one for the entire VISIT FLORIDA squad.

“The whole team deserves this – we’ve just kept pushing as a group and a family,” added Goossens. “It’s a great team. With everything everyone went through, this win couldn’t have come at a better time. We’ve been fighting all year and to finally show up on the podium with a victory is awesome.”

Team Owner Troy Flis was thrilled with his team’s performance and credited the organization’s partners with the victory.

“We’re winning races and it’s great to be a part of,” beamed Flis from Victory Lane. “We love Laguna – we knew this was going to be our best shot to win. We usually have pretty good success here and our set up is pretty good. We knew we had the best team and the best guys. It was a big challenge to get a P2 car to win overall and I have to give it to these guys. They did a hell of a job. Onroak, Ligier, my team, they’ve all worked their butts off this year, they needed this. This was a great outcome for us today – thank you to VISIT FLORIDA and all of our partners. The entire state of Florida is working hard after the hurricane under the leadership of Governor Rick Scott, and it is so important that we let everyone know Florida is open for business. Come visit!”

The victory was the first of the season for a non-DPi configuration Prototype entry as the Daytona Beach-based team earned the first North American victory for the Ligier JS P217 LMP2 chassis. The achievement was all the more remarkable given that the team only took delivery of the car in August and had only one race worth of experience with the Ligier package ahead of the Monterey weekend.

VISIT FLORIDA Racing will return for the season-finale of the 2017 IMSA WeatherTech SportsCar Championship in two weeks at Road Atlanta for the 10-hour Petit Le Mans.