The defending race-winning and series-champion No. 10 Konica Minolta Cadillac DPi-V.R will start the 56th Rolex 24 At Daytona Saturday from the pole after IMSA WeatherTech SportsCar Championship qualifying Thursday at Daytona (Fla.) International Speedway.

Renger van der Zande, competing in his first race after joining the team as Jordan Taylor’s full-time co-driver for 2018, turned a fast lap of 1 minute, 36.083 seconds at 133.378 mph around the 3.56-mile, 12-turn superspeedway road course. It came on his last lap of the 15-minute qualifying session and beat former IndyCar driver Helio Castroneves’ best lap by seven-thousandths of a second to earn the top spot in the field of 50 car-and-driver combinations entered for this weekend’s twice-around-the-clock endurance marathon. 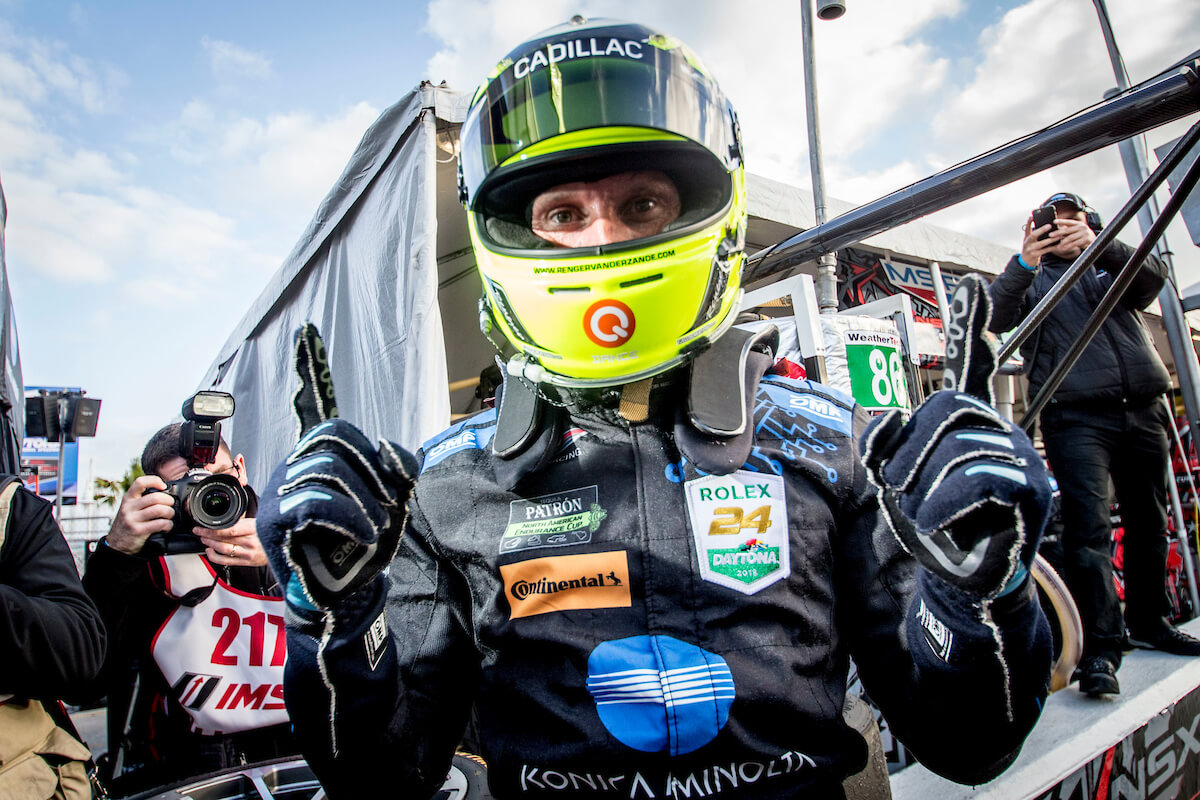 “I am super thrilled to be in the Konica Minolta Cadillac DPi-V.R,” said van der Zande, the Dutch driving veteran who with Taylor is also joined in the cockpit this weekend by IndyCar regular Ryan Hunter-Reay. “I didn’t expect to get the pole. When the team told me on the radio I got pole, I was excited. On the final lap, I overshot turn five and I floored it and the Cadillac stuck. Every lap I was taking time out and pushing. At some of the points, it is seven or eight meters later at the braking markers. The wind was pushing me up toward the wall. I had some traffic in the session. I actually let Helio pass. I was all in on the last lap and it turned out to be fast. It is very, very tight – the most competitive field in a long time. The Konica Minolta Cadillac team has high expectations. They know how to win a championship.”

It was the second Rolex 24 pole for the No. 10 team, the first coming in 2010 by the now-retired Italian veteran Max “The Ax” Angelelli, who co-drove to victory in his final career race here last year and the debut race for the No. 10 Konica Minolta Cadillac DPi-V.R with Taylor, his older brother Ricky Taylor –who departed after last year’s championship season to join Castroneves at Team Penske – and four-time NASCAR Cup Series champion Jeff Gordon.