Rolex 24 Hours winner Renger van der Zande returned to the podium on Sunday, taking second position at Road America, after leading in the closing stages of the IMSA Sportscar Weekend. The result extends his advantage at the top of the IMSA WeatherTech SportsCar championship standings with four rounds remaining.

The #10 Wayne Taylor Racing team started the event in fifth position with Renger and teammate Ryan Briscoe expecting a tough race in the Cadillac DPi. The whole complexion of the race changed in the final hour however as heavy rain hit the circuit, forcing all to switch to the full wet tyres.

Renger and teammate Ryan Briscoe had led at very stages of the pits top cycle and had been playing the fuel strategy game well, but the switch to wets ahead of their rivals moved them to the head of the field and in contention for the win following a red flag period.

With less than ten minutes of racing remaining, Renger took the restart after a lengthy rain delay with the #7 of Helio Castroneves close behind and on fresher wet tyres. Renger fended off the first attack perfectly as the #7 attempted an outside pass at Canada Corner but was unable to resist a second time exiting the final turn and onto the main start-finish straight.

With the Rolex win, sixth at Daytona, second at both Sebring and Road America, Renger leads the championship by six points as he heads back to Europe. His next event is at Mid-Ohio in September and the final three rounds at Road Atlanta, Laguna Seca and the season finale at Sebring in November.

Renger van der Zande
“Compared to the Mazdas and Acuras we were not competitive this weekend in the dry conditions, so we needed rain to do better than a fifth-place finish. It was super tricky out there. The car became a boat a few times and I had some big moments. This team has done a fantastic job. We were doing well and were staying in front of the other Cadillac cars, but then I saw some rain drops on the windscreen and I told the team to put rain tyres on the car even though the track was completely dry.

“Sometimes you dream about these strategy calls where you put rain tires on the car and then it becomes wet, but today it happened, and we were suddenly leading after the red flag. We can be very happy with leading the championship and coming out with a second-place finish!” 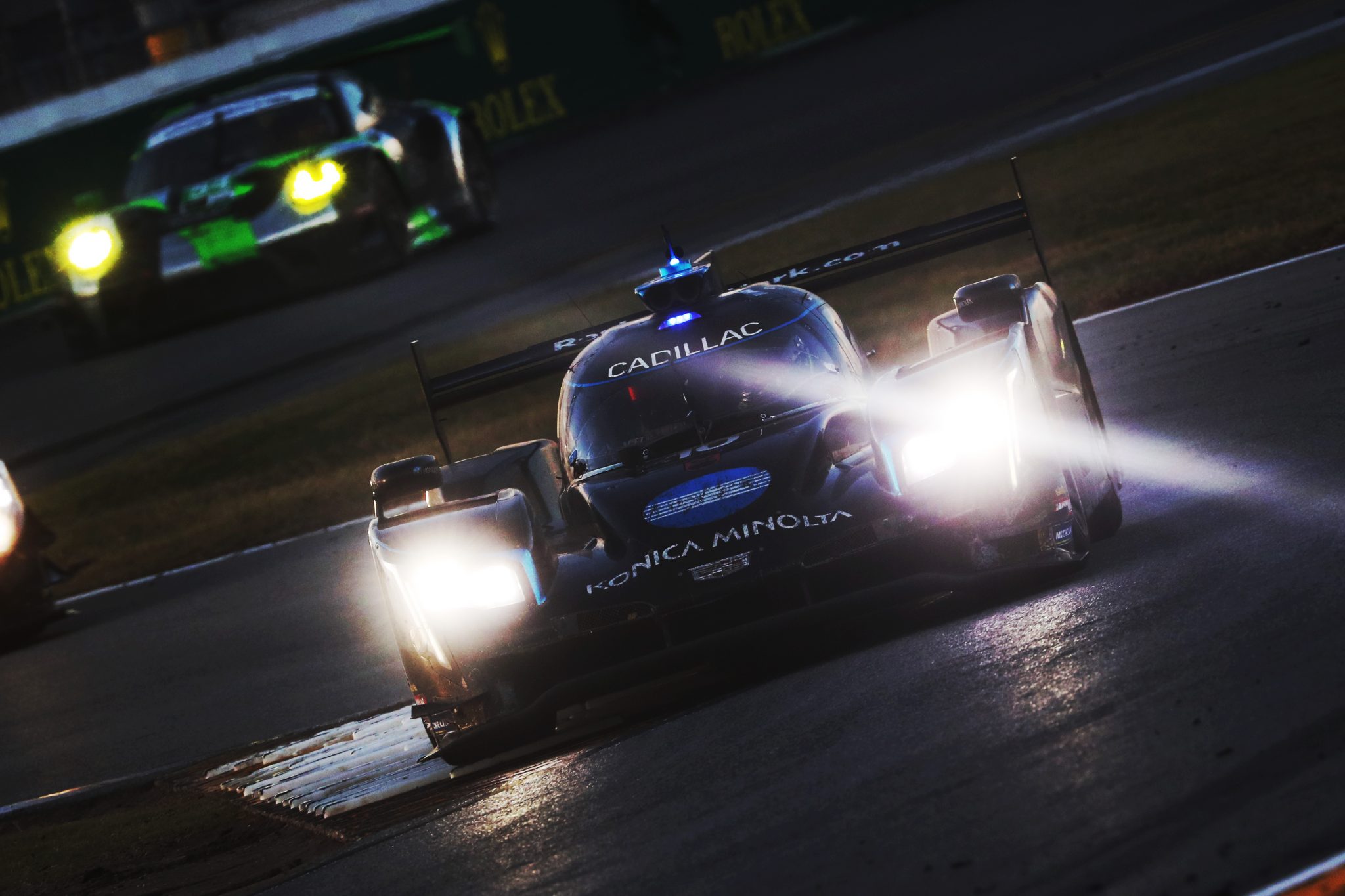